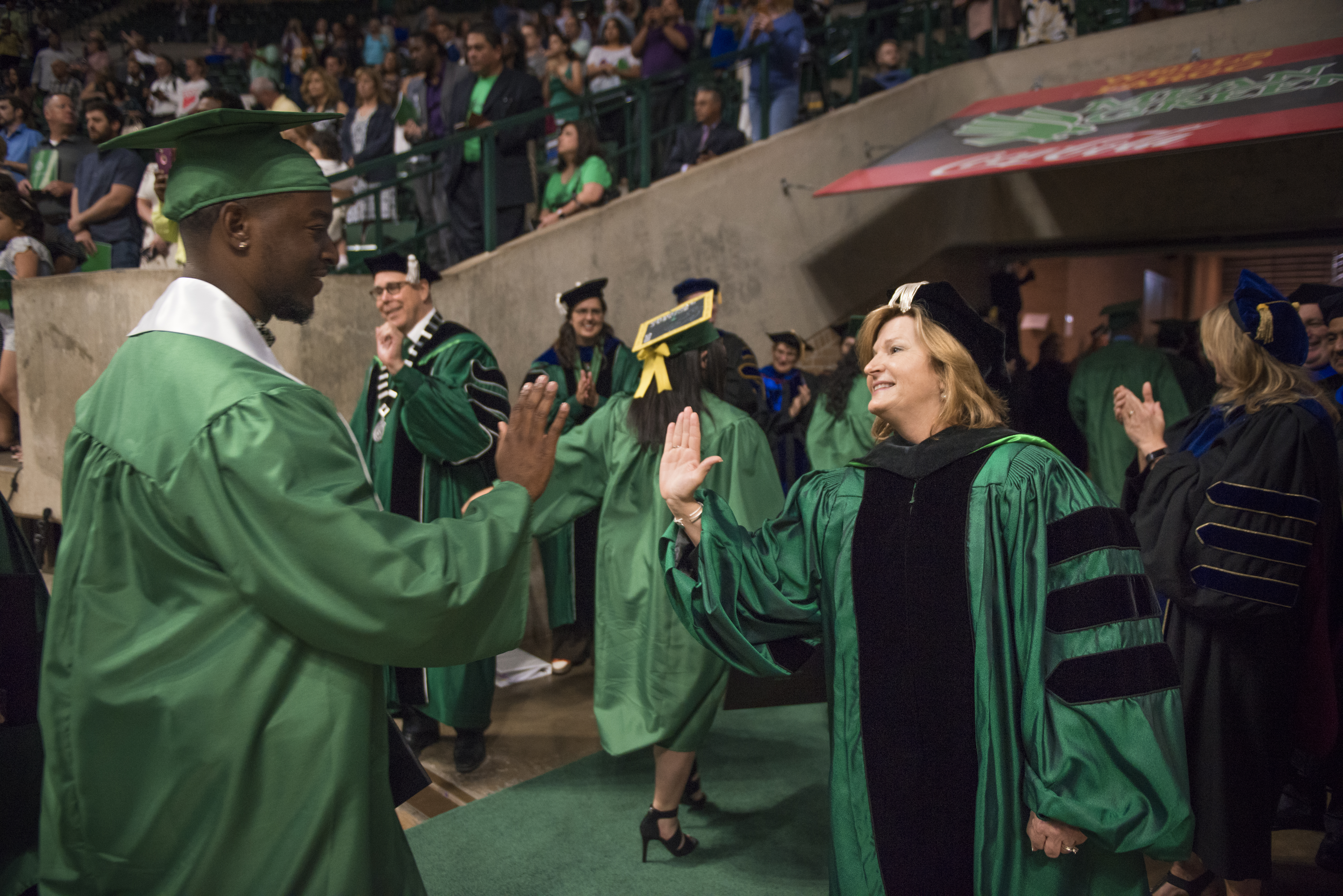 University of North Texas System Chancellor Lesa B. Roe on Monday announced her plan to retire, effective March 31, 2022, following a career that will have spanned more than four years at the UNT System and 33 years as an electrical engineer and executive at NASA. The Chancellor is the UNT System’s Chief Executive Officer, responsible for all operational aspects of the multi-location system, including general oversight of a $1.3 billion budget, more than 14,000 employees and the system’s campuses.

Impactful growth has been the story of the UNT System under Chancellor Roe’s leadership since arriving in October 2017. The system achieved record combined enrollment of more than 47,000 students for the 2020-2021 academic year between its three member institutions – the University

of North Texas in Denton, UNT Health Science Center in Fort Worth and UNT Dallas. In addition, the UNT System set new records for degrees awarded, philanthropic fundraising, endowments for scholarships and research expenditures under Chancellor Roe. That growth means more lives are transformed, more talented graduates are meeting workforce needs and more discoveries are being made to solve problems and move DFW and Texas forward as a modern center of commerce.

“Lesa Roe is a world-class leader who transitioned seamlessly into higher education following her NASA career – we are grateful for her service to the University of North Texas System,” Laura Wright, chair for the UNT System Board of Regents, said. “Under Lesa’s guidance we have emerged as the Dallas-Fort Worth region’s leader for higher education, reaching new milestones in enrollment, research and fundraising, while deepening ties to the local business community as we educate and develop the workforce of tomorrow. We will begin a search for our next Chancellor immediately and look forward to finding the right leader to help carry our momentum forward in service to our region and state.”

The UNT System and its member institutions have elevated their impact on the region and state under Chancellor Roe, who became the first woman to lead the system. Listed below are several key accomplishments and milestones reached since her arrival in October 2017:

Chancellor Roe was named to the Dallas 500, a list of the most influential business leaders in Dallas-Fort Worth compiled by D CEO Magazine, in 2017, 2018, 2019, 2020 and 2021. As a board member for the Dallas Regional Chamber, Chancellor Roe has chaired the chamber’s University CEO Council. She also serves as Chair for the Texas Council of Public University Presidents and Chancellors (CPUPC), and as a board member for the Dallas Citizens Council, Downtown Dallas Inc., and Space Dynamics Laboratory, as well as a trustee for the Southwest Research Institute.

“It has been a great privilege to lead the UNT System in service to our students, the Dallas-Fort Worth Region and the great state of Texas,” Chancellor Roe said. “Thank you to our institutions and the local community for embracing me – I’m very proud of all that we have accomplished, and I look forward to following the UNT System’s continued progress and cheering on the Mean Green.”

Prior to her arrival in North Texas, Chancellor Roe served as NASA’s second-in-command and as Chief Operating Officer – capping her 33-year career in aerospace. In her role as Acting Deputy Administrator, she was responsible for general oversight of 17,000 NASA employees, a $19.6 billion budget, $31 billion in assets, and the operation of 10 field centers across the nation. She also directed program and project teams on product/mission delivery, acquisition strategy, partnership and international strategy, and risk management.

During her tenure at NASA, Chancellor Roe became the first woman to serve as Director of NASA Langley Research Center. She also served as Manager of the International Space Station (ISS) Research Program at the Johnson Space Center and worked on 38 Space Shuttle and ISS missions in various leadership roles. Chancellor Roe’s leadership at NASA helped lead to numerous science, space and aeronautics breakthrough innovations that advanced our nation’s leadership and international knowledge of aeronautics and space.