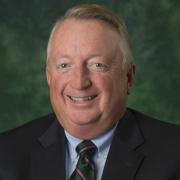 Jack Morton received B.B.A.S.S with high honors from Stephen F. Austin State University in 1977 and his J.D. Degree from the University of Texas at Austin School of Law in 1980. He began his legal career in Austin with Brown, Maroney, Rose, Baker, Barber & Dye. In 1984, he and five other firm members formed the law firm of Armbrust & Brown which later merged with Strasburger & Price, L.L.P. in 1990. Morton is board certified in administrative law and, while in private practice, worked extensively in the areas of land use, disputed matters before regulatory agencies, and governmental affairs on local, county, state and federal levels. He has served as special counsel and hearings examiner to the Texas Racing Commission on numerous occasions including representing the Commission in its first 23 racetrack license hearings. From 1994 to 2002, he served as Associate Vice Chancellor for Legal and Public Affairs for the Texas State University System with a significant emphasis on legislative affairs in addition to handling specific legal duties on behalf of the system’s institutions. Since 2002, Morton has served as Vice Chancellor for Government Relations managing all governmental affairs for the University of North Texas System and its institutions.