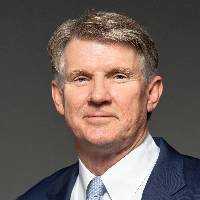 The University of North Texas System Board of Regents has formally appointed Dr. Michael R. Williams – current President of the University of North Texas Health Science Center at Fort Worth (HSC) – as UNT System Chancellor, effective Jan. 1, 2022. At the request of the Board of Regents, Dr. Williams will continue to serve as President of HSC to lead the search for the next President of the graduate academic medical center and support its leadership transition.

The appointment of Dr. Williams as Chancellor was made official during a special board meeting held late Monday afternoon following the mandatory, 21-day waiting period from the time Dr. Williams was announced as sole finalist to become the system’s fifth chancellor on Nov. 8. The Board of Regents unanimously selected Dr. Williams, a Health Science Center alumnus, to become Chancellor after a months-long search process following the announcement of current Chancellor Lesa Roe’s retirement plans.

Dr. Williams has served as HSC’s President since 2012, and previously served on the UNT System Board of Regents. Under his leadership, HSC saw record enrollment without raising tuition since 2013, created more than 650 new medical residency slots for the DFW region, opened a new Pharmacy School, established a Lena Pope Early Learning Center on campus, all while growing research awards by more than $115 million. HSC also ranked first among U.S. medical schools for innovation and research impact by the George W. Bush Institute under Dr. Williams’ leadership.

Dr. Williams practiced anesthesiology and critical care medicine in Texas for more than 20 years and is an experienced business executive and entrepreneur. Dr. Williams served as Chief Executive Officer of Hill Country Memorial Hospital, during which time the hospital received numerous state and national awards, becoming a Truven Top 100 U.S. hospital in 2011, 2012 and 2013, and earned the 2014 Malcolm Baldrige National Presidential Quality Award.

The Chancellor is the chief executive officer of the UNT System and is responsible for all aspects of the System’s operations, including management of 13,000+ employees and oversight of the three UNT System campuses.