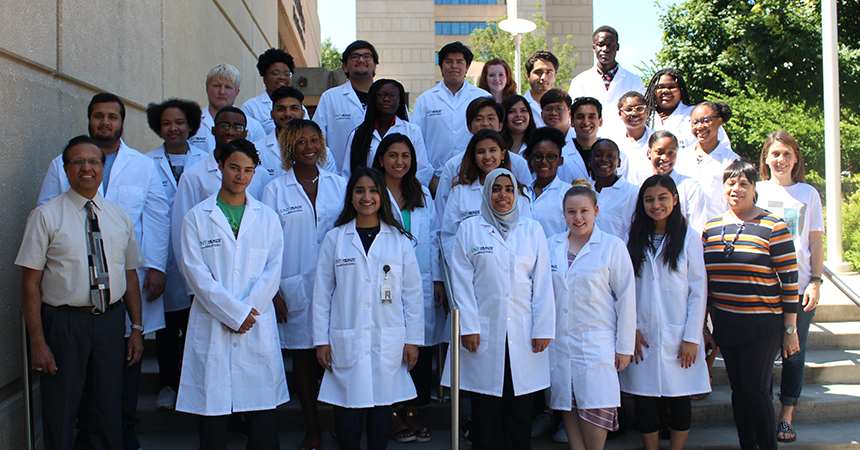 The Texas Center for Health Disparities, based at The University of North Texas Health Science Center at Fort Worth, recently was selected to participate in the national Healthy People 2030 program that focuses on decreasing inequities in health care access.

Being chosen to participate in Healthy People 2030 is such an honor. It really shows us that what we are doing is making a difference,” said Dr. Jamboor Vishwanatha, who leads the HSC Texas Center for Health Disparities, which conducts research, trains new investigators and provides community outreach. “The resources this program gives us access to are absolutely incredible and will allow us to dive even deeper into what needs to be done to put an end to health disparities in Fort Worth and across the nation.

Healthy People 2030 is part of a five-decade initiative called Healthy People that sets 10-year targets to improve the overall health of the nation. When it began in 1980, Healthy People established the first national framework to track progress on prevention strategies over a 10-year period. The program is coordinated by the Office of Disease Prevention and Health Promotion within the U.S. Department of Health and Human Services.

Like all organizations that are part of the Healthy People 2030 program, the HSC Texas Center for Health Disparities had to first be invited to apply and then submit a statement of interest in addition to other paperwork.

The center and other organizations chosen to participate are given access to Healthy People’s objectives, data on national progress, evidence-based resources and more. These resources will allow the center to make sure its work aligns with the decade’s initiatives. The center also can check for updates on national progress toward achieving the objectives and see how it compares to nationwide progress.

The decade’s focus on health disparities is important because the issue was escalated by the COVID-19 pandemic as people were placed in high-risk categories because they couldn’t get the care they needed, Vishwanatha said.

Putting an end to health disparities is something HSC is passionate about as one of our core values to Serve Others First,” he said. “This is seen in the work done through the HSC Texas Center for Health Disparities.