DENTON (UNT), Texas – Human-caused greenhouse gas emissions are higher than ever, leading to warmer average temperatures and altering the planet’s climate. Two of the most abundant greenhouse gases — carbon dioxide and methane — can remain in the atmosphere for hundreds and even thousands of years. 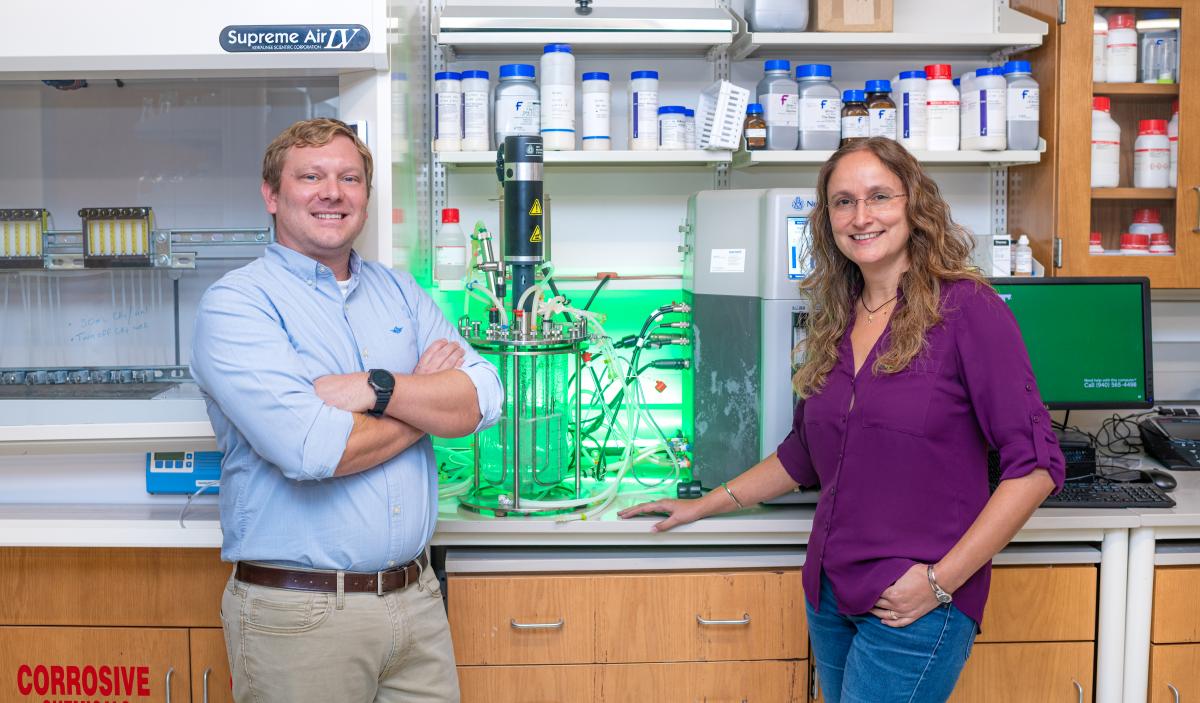 As scientists and engineers look for ways to reduce the man-made greenhouse effect, University of North Texas Department of Biological Sciences faculty member Calvin Henard is beginning a three-year project to develop a methanotroph that can mitigate greenhouse gas emissions by eating carbon dioxide and methane.

Henard’s work is backed by a $1 million grant from the National Science Foundation and the Agile BioFoundry, a consortium of national laboratories committed to accelerating biomanufacturing. The Agile BioFoundry is funded by the U.S. Department of Energy Bioenergy Technologies Office. Henard’s proposal was one of only six selected nationwide for this inaugural opportunity.

As a researcher in UNT’s BioDiscovery Institute, Henard’s research and teaching are focused on microbiology. Specifically, his lab engineers methanotrophic bacteria to convert methane gas into bioplastics, biofuels and other valuable products. His work led to the discovery that some methanotrophs also consume carbon dioxide. By feeding gases to these bacteria rather than releasing them into the atmosphere, engineers can help reduce the greenhouse effect. It’s also a more sustainable way to produce chemicals, plastics and fuels that would otherwise be sourced from petroleum.

For another aspect of the project, Ana Paula Alonso, professor of plant biochemistry at UNT, will trace how carbon moves throughout the organism. As a result, they will be able to create a roadmap showing movement through the bacteria, which will be used to guide engineering efforts.

“I’m really happy to be part of this unique collaboration between NSF and ABF because the goal is to move from basic science to more industrially relevant applications,” Henard said. “These technologies are really a win-win because they’re an alternative way — and a sustainable way — to make products, but they also mitigate greenhouse gas production.” 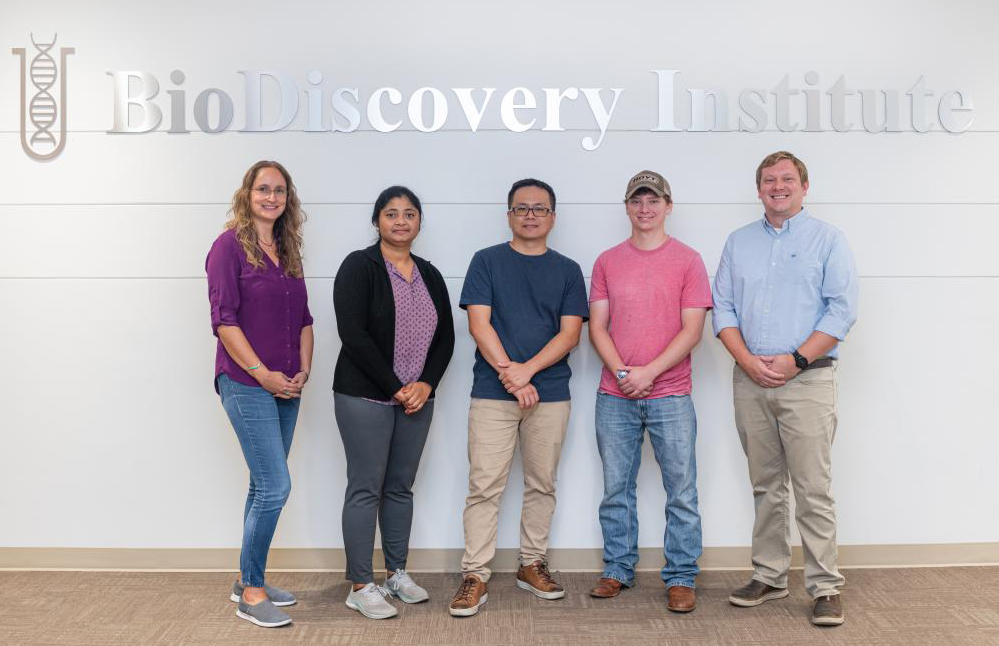 The methanotrophs can be engineered to convert methane and carbon dioxide into any number of products, but that simple genetic modification currently takes months to complete. The goal of Henard’s project is to develop more advanced genetic tools that will increase the throughput of their engineering efforts and reduce the genetic modification time to a matter of weeks.

There are numerous practical applications for this work. For example, the technology could be attached to every wastewater treatment plant in the world. Rather than being released into the atmosphere, the waste gas could be converted into molecules used to make bioplastics.

Henard previously worked as a researcher at the DOE National Renewable Energy Lab in Colorado. It was here that he began research into methanotrophic bacteria, and he continued his work upon joining faculty at UNT. In 2021, his findings were published in the journal Applied and Environmental Microbiology and selected as a spotlight article.

In 2021, Henard took the first slate of UNT students to participate in the International Genetically Engineered Machine Competition, a synthetic biology competition. A portion of this grant will fund further student participation in the competition.